It’s the time of year when it’s very easy to slip over on our decks and driveways. Ours have started go have a slimy film that makes it quite dangerous, especially when in a hurry. I took a slide on the deck in front of one of the sheds and immediately thought of a previous post that explained how to break down the slime naturally.

Soda ash (otherwise known as washing soda or sodium carbonate) is a naturally occurring salt, used in natural cleaning products all over the world, it’s very good at killing off the organisms that create slime.

All you need to do is sprinkle Wendyl’s Premium Soda Ash on the driveway, path or deck, wet very slightly with a gentle shower of water from your hose and then leave it. Try to choose a day when there is no rain forecast as it needs at least 12 hours to start working.

You will see any slime or growth start to die off and turn brown. You can follow up with a brush with your outdoor broom and a hose down if you like but I just leave it.

One of our subscribers, Ann Fraser, sent these before and after pics (right) after she used Wendyl’s Premium Oxygen Bleach (sodium percarbonate on her deck). She says: “I’m not sure if you have promoted oxygen bleach as a deck/concrete cleaner, but I’ve just used it for that and it worked really well, without having to worry about it being toxic.

60g of Wendyl’s Premium Soda Ash per litre of hot water, apply and leave on for an hour. Scrub with a broom and hose off. “ 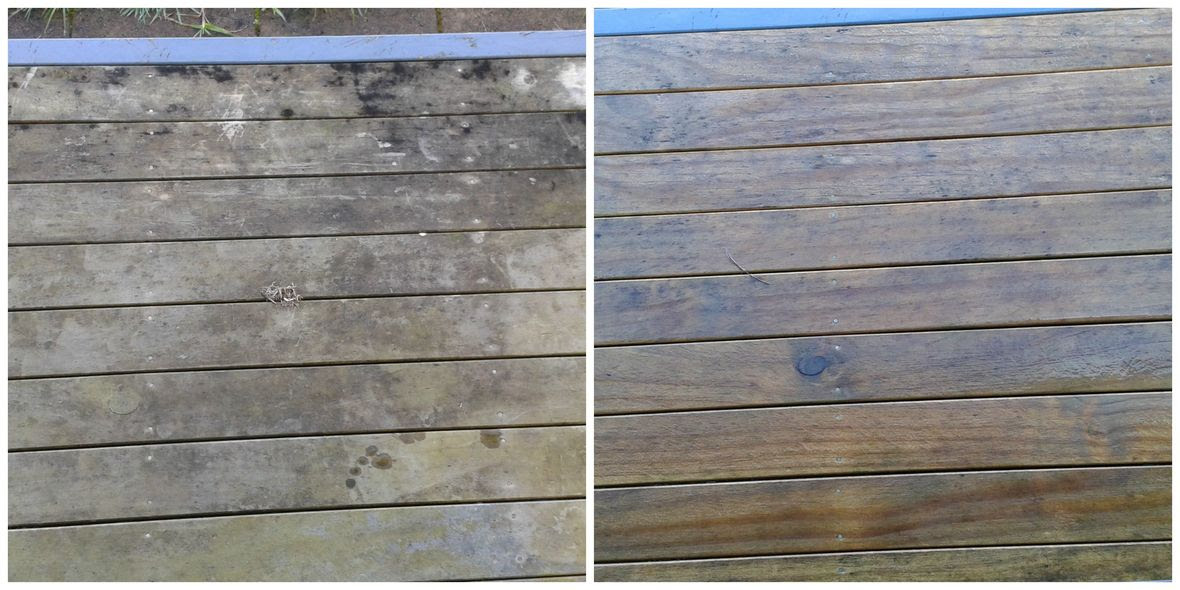